The Importance of The Name 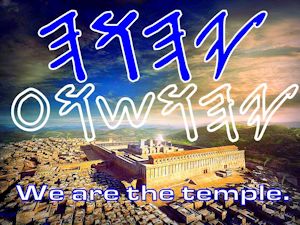 The Sanhedrin and their laws (Talmud) made the attempt to hide and/or use another name or title in place of the name of YHWH (pronounced as Yahuwah), because they thought the name of Yah was too sacred to be spoken except by their priests within the synagogue. Anohter set of laws you may or may not have heard of is called the Noahide Laws, which are laws extracted from the Talmud, and attempted to be used as a replacement for the Ten Commandments, which include beheading for speaking the name of Yah if you are not a Jew.

If both the Father and His Son, the messiah do not change, that means thier names do not change either! In like manner, take notice to the fact that when a person in leadership of a country travels from one country to another, thier names do not change according to that country's language.
Using the excuse that you do not speak Hebrew will not work when you use other words from that language such as halleluyah, which is a very joyous praise to our Father that means "praise you Yah" or "praise to Yah"

The Name Above All Names 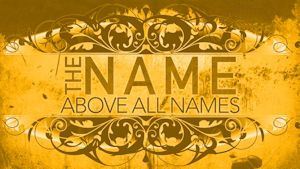 "And being found in fashion as a man, he humbled himself, and became obedient unto death, even the death of the cross. Wherefore YHWH also hath highly exalted him, and given him a name which is above every name: That at the name of Yahusha every knee should bow, of things in heaven, and things in earth, and things under the earth; And that every tongue should confess that Yahusha the Messiah is Master, to the glory of YHWH the Father."
- Philippians 2:8-11

There is no other name whereby man can be saved except Yahusha, the Son of Yahuwah. His name is not the one many use that did not even exist until approximately 400 years ago and is actually in reference to a Greek mighty one.

"And in all things that I have said unto you be circumspect: and make no mention of the name of other elohim, neither let it be heard out of thy mouth."
- Exodus 23:13

Is it coincidence that the likeness is similar?

Statue of the most mighty one according to the Greek. 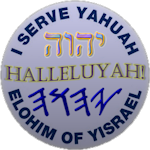 Who Do You Serve?

There are three things that identify who you serve; Name, Laws and Appointed Times.

"Blessed is he that cometh in the name of YHWH"

Hallowed Be Thy Name 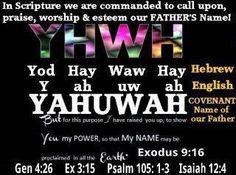 "Our Father which art in heaven, Hallowed be thy name."
This is the first part of the prayer model we are given by Yahusha ha'Mashiah.
We are meant to keep the name of Yah honored, set apart, sacred (some may use the word "holy" which is suspected of pagan origin), and greatly revered or respected.

The first three commandments are directly in regards to YHWH, with the 3rd one being in direct relation to His NAME. 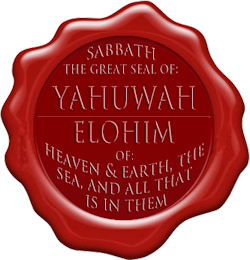 There is only one way to correctly find the appointed times according to scripture, and that is the Biblical Calendar described within, which is from one new moon to the next. Which calendar do you use?

Be sure to check the calendar studies and videos for more information concerning the things mentioned on this page!